For a moment today, time stands still — but you can tweak one thing while it’s stopped. What do you do?

This morning was like the last; my tired eyelids droop, my music proudly pumps out of the speakers, my fingers are a blur above the keyboard as I complete another task, the sun shines in through the window, my herniated discs protest at my less-than-perfect posture, my boss sits in her office.  I hear her seat creak and I quickly save my draft and pretend I am doing anything other than blogging. I pick up my empty Styrofoam cup of tea and sigh wistfully at the last drops and decide it is not below my dignity to slurp the remnants down. I pick at my flaking bright red nail polish; I am so reluctant to get this day started. I glance out of the window into the blue autumn sky and think, “Two and a half hours until a cigarette.”

I sigh again, one of reluctant acknowledgment that it is after eight and I have no excuse to dilly-dally; I have work to do. I begin printing off discovery, knowing that the dreadful task of bate-stamping lay ahead of me. For those who are not aware of what that is, it is the tedious act of numbering pages of discovery one by one. Discovery is the evidence the District Attorney has on our client, the Defendant, and it comes in hard copy, as well as, audio and video format. Today, there is about 200 pages that need to be numbered. I glance again wistfully at my now completely empty cup. I should make some coffee.

I collect the new pages off the printer, absently enjoy the warmth of the pages in my hand, and notice a document on the top that I did not print off. I ask my boss if she printed it off, because I know that I haven’t. A snarky reply exits her office, rounds the corner, enters my office and into my ears. Brushing it off, I set the document aside assuming my Dad printed it off. A few minutes later, she pages me and tells me to clean something up she made a mess of. If I could tell you what I dislike the most about my job, I would regale you in tales of wrath, greed, sloth, pride, lust, envy, (not so much gluttony), but deceit as well. The woman is a poster girl for the Seven Deadly Sins.

Each day working beneath her, sweeping her mistakes under the rug yet having my own posted in neon, walking around on eggshells because of menopause, sitting there as she hurls spiteful remarks and comments like lashes, I grow more and more weary of biting my tongue and respecting my elders. I believe that respect is due where respect is earned. For the past year and a half, she has given me no cause to respect her-only to defy her. I don’t, out of respect for my Dad and this business. The business is my life, and even on the worst day I am somehow able to manage not to cuss her arse out.

As I ponder the times she has lied to me (while mindlessly stamping page after page), talked about me behind my back, stolen my credit, blamed me for her mistakes, went postal on me, the music in the background stopped. I clicked back in my tabs, and opened Pandora. The screen said the song was playing. I checked my speakers and volume. Everything was fine. One thing I need while working is music. I go stir crazy without it. I clicked a couple of times on the screen, but nothing worked. Great. My computer froze. Before I shut off my computer, a sudden sound awoke my senses. Well, it was rather the lack of sound. A complete and utter silence, a silence so profound it was louder than any music I had ever blared from my computer, car, or television. I hesitantly rose from my chair and straightened. My back protested as usual, the pain causing my facial muscles to wince in a way they had become accustomed to on an hourly basis.

I walked to the front door to check outside. From the inside everything look normal, so I opened the metal door and stepped outside. I had an immediate realization that something was off-not wrong, just different. I took in my surroundings, and in a moment I realized my mouth was hanging open, slack-jawed. For the first time, I didn’t care. A couple of feet away from me was a Red Cardinal with its wings spread, its feet tucked in, and it’s eyes filled with murderous intent on the caterpillar in its eyesight. The hunter was suspended in the air, not a twitch of movement, with nothing holding it up except  the couple of feet of air between it’s bosom and the ground. As my eyes continued to travel I saw a car stopped in the middle of the street. I looked across at the business parallel to ours, on the other side of the main road. The man who owns it looked like he was tossing a friend a coke, but the drink was suspended in the air, like the Cardinal, only inches from the recipients hands.

I have been watching too much Supernatural. As I realize I am moving among a place (because how do I know how far this has spread) that has been frozen in time, I immediately wonder when the Angel, Demon, Ghost, etc will pop out and trade insults with me.  Then I wonder if this is the Last Judgment. I dismiss both notions when my life doesn’t start playing before my eyes, and when none of the celestial or demonic beings show up. I run back inside to tell my boss what has happened. As I enter her office I can see she has also been affected by this change. Clasped in her withered hand is the phone and her arm is extended as if she were about to either hang up or answer. I couldn’t tell. I was so confused. Why had I been chosen to dance in between the seconds, to watch as the world waited…but for what? Was something coming? I didn’t know. As sat down in a chair in her office and thought, for I don’t really know how long. How can you account for time when time itself has stopped? I thought back to what I had been doing when I realized time had paused, and remembered thinking about how much of a thorn in my side she had been, and probably would continue to me. I was positive time would continue as normal. Everything I had seen about time stopping, always indicated time would pick back up and nobody would notice a thing. Makes you wonder though, how many times this happens and we never realize it.

I’m not too much of a spiteful or vindictive person but as I sat there and watched her unblinking statue, I began to grow more angry. I felt like now, if ever, I had the chance to express how I felt without repercussions or being ignored. What could I do? The anticipation of a little payback was beginning to warm my nerves. A flashback of the movie “Click” where Adam Sandler used his Universal remote controller to freeze time so he could fart in his boss’s face, and whack him over the head a few times came to mind. I smiled with the thought, but couldn’t bring myself to do anything so crass. In the end I settled for making her a new cup of coffee, but instead of sweetening it with sugar (could you guess?) I used salt. Amateur, I know. But it’s the small things in life, right? Plus I dare you to be an avid coffee drinker and tell me that isn’t one of the most evil things you have ever thought of. Ruining someone’s coffee is parallel to ruining someone’s morning.

I took a sip of it to be sure and almost yacked. I quickly looked around the room for any other small thing I could do to get justice. Time was still suspended so I figured I had a little while longer. I licked all the envelopes, turned off her computer, took her glasses off and hid them, changed all her contact names in her phone, unplugged her internet connection, and stole her pens.

Okay thinking back, I may be just a tad vindictive. I really don’t see it as vengeance, I insist it is justice. Maybe in the future, if there is a weapon to freeze time, you guys remember not to stash it with me. The people who have wronged me in the past may end up plagued with losing their keys or having to remake their morning refresher. Or do give it to me, but don’t say you weren’t warned.

10 thoughts on “In the future, don’t stash your freeze ray with me” 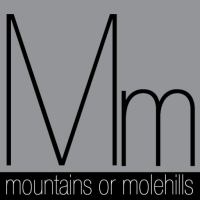 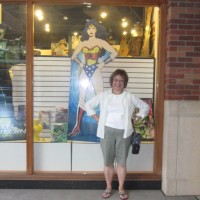 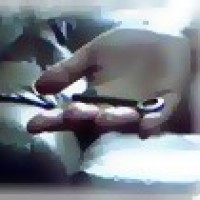 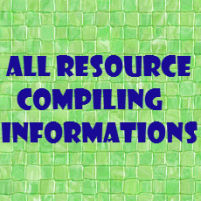 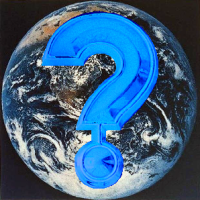